Packaged Cuba: The Lack of Authenticity in Mega Resorts

By Jordana Manchester, published on Sep 22, 2013
Tweet
Pin It

It’s difficult not to develop a love affair with Cuba, but perhaps not if you spend the duration of your stay in what I like to call voluntary confinement. The Cuban resort experience is starkly different than that of the backpacking experience, and after having experienced both, the latter is no doubt the real Cuban experience. Don’t believe me? Here’s a taste of my first resort experience in Varadero: 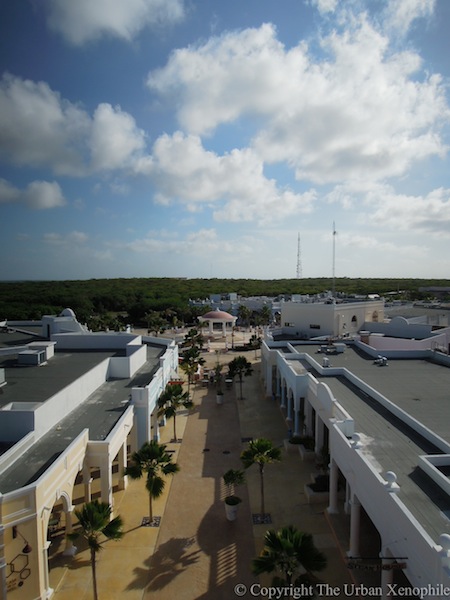 Upon arriving at Varadero airport, after a rather efficient security check, I was ushered onto a large tour bus with a mob of understandably weary vacation goers. It was the wee hours of morning, and many of us had just spent over ten hours on a flight. Our guide and host, a petite young woman by the name of Ascencion, gave us a brief orientation of the country. I listened intently, as any eager student would, scribbling as much down as I could. Meanwhile, guests swigged beer from chilled bottles, hooping and hollering like ill-mannered children. I has this sinking feeling that the Cuba I was about to see was going to be nothing like the romanticized version I had in mind. Ascencion looked on over the boisterous brood, tired, yet composed. I knew what she was thinking; Another bus load of self-entitled tourists in search of sun, surf and the all-you-can-eat-buffet. It was as if there was a quiet, mutual understanding between us. This wasn’t the real cuba.

It’s hard to argue with the affordability and convenience of all inclusive resorts. For Canadian travelers, a typical all-inclusive package, in the off season, can cost a fraction of what it would cost for a simple airline ticket to Europe. The promise of traditional Caribbean hospitality, pristine beaches, azure skies and crystalline waters at a rock bottom price. Sounds like the perfect escape right? But book yourself into any of the megalith-like hotels, perched at the ocean’s edge in places like Varadero, Cayo Santa Maria, and Caya Largo, and you’re missing out on the experience of waking up in a World Unesco Site, or tranquil fishing village. You know, the real Cuba.

One thing that’s very apparent about of Cuban resorts, is the fact they’re designed to keep tourists as segregated from the outside world as much as possible. Private beaches, Restaurants, infinity pools, entertainment staff, all of it there to entertain you. All the while, overworked Cuban hospitality staff move about you like ghosts, discouraged from engaging with guests beyond a polite greeting, enquiry about directions or things of the like. There’s no opportunity to immerse yourself amidst the mystique and whimsy of the Cuban culture.

I’m sure you’re familiar with Cuba’s international reputation for poor cuisine. Keep in mind the best food, no matter the ethnic influence, never tastes remarkable when cooked in mass quantities, especially when the clientele has a such a blasé North American palette. Great Cuba food isn’t found on the buffet lines, it’s found on the modest dining tables of independently run, verandah-style eateries in the Cuban countryside.

Cuba is a country meant to be explored, appreciated, and marveled at, but certainly not from the confines of some compound-like mega resort. Step out of your comfort zone, consider renting a casa particular, and dine alongside the locals. Leave the squabbling over beach chairs to the masses, because the only way to uncover the secrets of this exquisite place is by throwing on a backpack and hitting the perfectly paved Cuban road.

One response to “Packaged Cuba: The Lack of Authenticity in Mega Resorts”