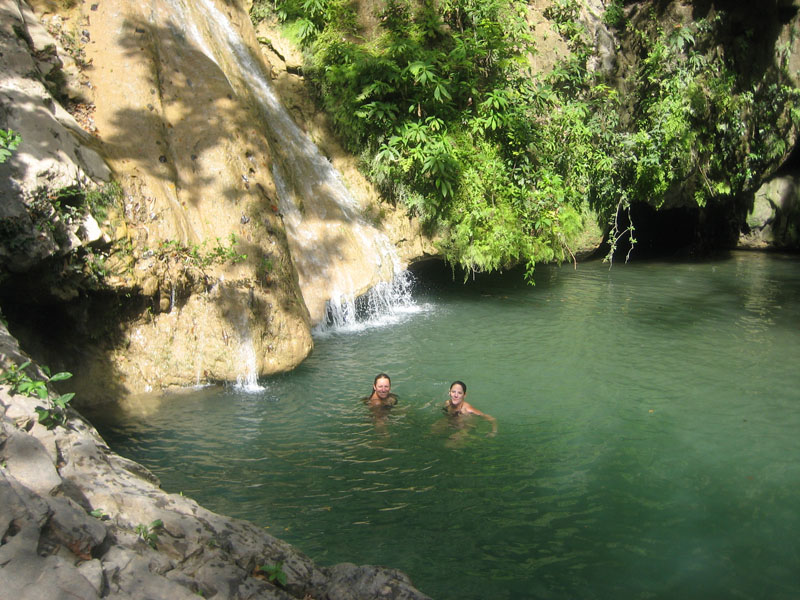 When my friend and I backpacked around Cuba, the thought of camping had not previously occurred to us, but once we were there we wished that had we bought a small tent with us. We met other travellers who were camping and they told us about some great locations along the coast and in the national parks. Pinar del Rio, the coast near Trinidad, and the national park Topes de Collantes were some great spots that we visited and wished we could have camped out at. Others advised that they found great places around Baracoa, Playa Guardalavaca and even on the more remote beaches around the otherwise touristy Cayo Coco.

If you have your own transport it’s going to be easier to get to more remote locations and to carry extra equipment, food and water with you. However even by using buses and then hiking you can get to some great secluded spots. There are not many official campsites in Cuba so you’ll either have to camp wild or ask a farmer if you can camp on their land. We spoke to people who had camped on the beach, and they said that in a few places the police had come and told them they weren’t allowed to camp there, but had gladly pointed out a nearby alternative spot. Usually it’s just a case of walking a bit further but it’s best to ask permission first anyway.

The other way of camping in Cuba is at one of the campismos which consist mostly of wooden huts with basic facilities; you might be required to stay in one of these rather than use your tent. Some campismos are not meant to welcome international guests so you may have to smile nicely and/or speak a little Spanish to try and persuade them. They are very popular among Cubans but beware holidays and weekends, as you’ll find them very busy and extremely loud! It’s up to you what kind of atmosphere you are looking for: if you want a party the weekends will be perfect for you, however for those seeking a more relaxing and peaceful environment, stick to weekdays! It’s a great way to meet Cubans that you wouldn’t normally meet who are students or office workers, and they’ll be much more interested in you (rather than your money) than your usual jineteros.

Camping in Cuba isn’t yet hugely popular amongst backpackers, but you shouldn’t rule it out as it can be a great adventure and can take you away from the touristy areas. Be careful about security and never leave anything of value in your tent when you’re not around. Ask locals and police for good spots to pitch your tent. Bring plenty of water and enough food in case you struggle to find anywhere to eat. (Usually you’ll be fine as if you knock on a few doors most locals will be pleased of the few extra dollars you give them to share their evening meal.) Also make sure you have bug spray as there can be a lot of mosquitoes! Despite the lack of infrastructure and having to endure a few little hardships, camping in Cuba can definitely be a rewarding experience which shouldn’t be overlooked when planning your trip.

One response to “Camping in Cuba”