Top 10 Tips for Backpacking Cuba on a Budget 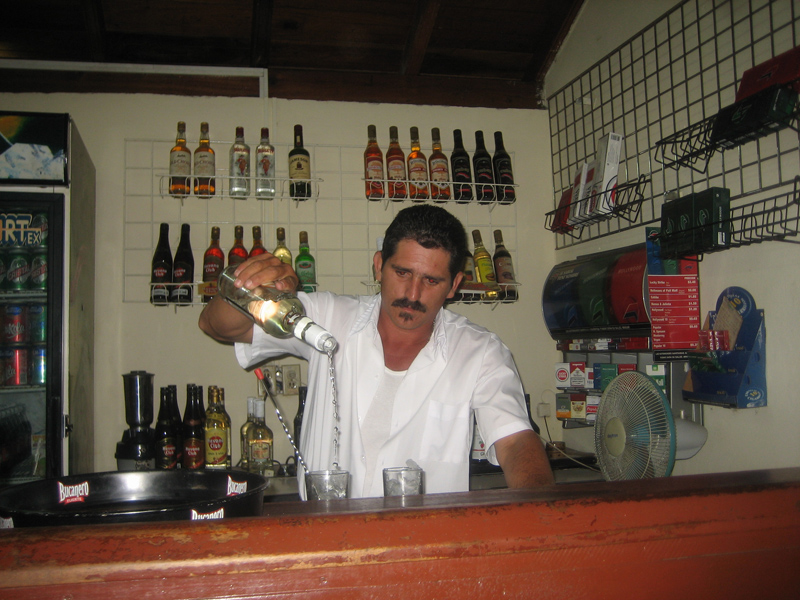 A local bar in Cuba

The biggest part of any traveller’s budget is often accommodation. With many Cubans now renting out one or two rooms of their family home, there is plenty of choice wherever you go. So much cheaper than hotels, you can expect to pay from $30 for a room in central Havana, to as little as $10 in smaller towns. Try and buddy up as prices are usually for a two or three bed room, not per person. Go for ones not listed online or in guide books as these will almost always be cheaper.

This is a legal and well-used method of travelling in Cuba; however you may need a lot of patience as waiting times can be high. There are specific points where yellow uniformed officials take your money and allocate you a spot. It can sometimes be easier to get a lift very early morning or late afternoon when the officials have left for the day, meaning the money goes straight to the driver rather than to the government.

Cuba has a double currency and as a tourist you’re meant to use Cuban Convertible pesos (CUCs). However it’s easy to get your hands on the moneda nacional, Cuban pesos, which can make your stay much, much cheaper when used for food, drink, and transport. Sometimes you’ll still need to pay in Convertibles, so make sure you have both on you. Double check which currency a price is listed in as sometimes in can be confusing and the locals may try to take advantage.

These are local family run restaurants which you’ll find everywhere. Don’t expect much in the way of decor or choice, but the food will be tasty and filling, and the atmosphere friendly. These places are so much cheaper than the touristy places where no Cuban can afford to eat and they’re a lot more authentic too.

In every town there’ll be little hole in the wall places or street stalls selling cheap tasty eats such peso pizza, hot dogs, or ice cream. Use your Cuban pesos for these rather unhealthy options to keep you going until dinner, or if you’re on a really tight budget you can live off these, with maybe some supplementary fruit and veg from the market.

6. Cook or Eat at your Casa

Sometimes it’s possible to prepare your own meals using the kitchen at your casa which will offer great value for money, however if you’re staying in a family home they may not want you clogging up their busy kitchen. Many casas also offer breakfast and dinner as part of the service but check how much it costs first as often a nearby paladare will work out cheaper.

The grottier looking the better: local bars will provide you with cheap beer and rum until the early hours. Dancing clubs are also great fun for practising your salsa skills, just try and go where the locals are going. There are plenty of places which will charge you to get in, have expensive drinks, and just be full of other tourists. Ideally you should be looking for rough and ready places which serve their drinks in plastic cups and usually don’t have a sign. Just follow the music to get there or ask a local.

When wandering along looking for a nice casa particular or paladare, you may find you attract the attention of a jinetero who will try and lead you to somewhere that he or she knows. They may be really friendly and nice but if you go along with them your bill will automatically be more expensive, as they’ll charge the establishment money for bringing you there. Be firm and polite and say that you do not need their help.

Cuba is not one of those countries where you can leave thinking that if you forget anything you can just pick it up when you get there. Not only are they hard to find, but toiletries and medical supplies are pretty expensive, so save time and money by bringing everything you need from home.

By picking up a few sentences and phrases before you go, you’ll be in a position to ask for local bus tickets, say where you need to go when hitchhiking, ask locals for info and advice, and make the most of using the moneda nacional (Cuban pesos). All this will save you a lot more money than having to always go for the English speaking tourist options.