Che Guevara – A little about the Cuban hero 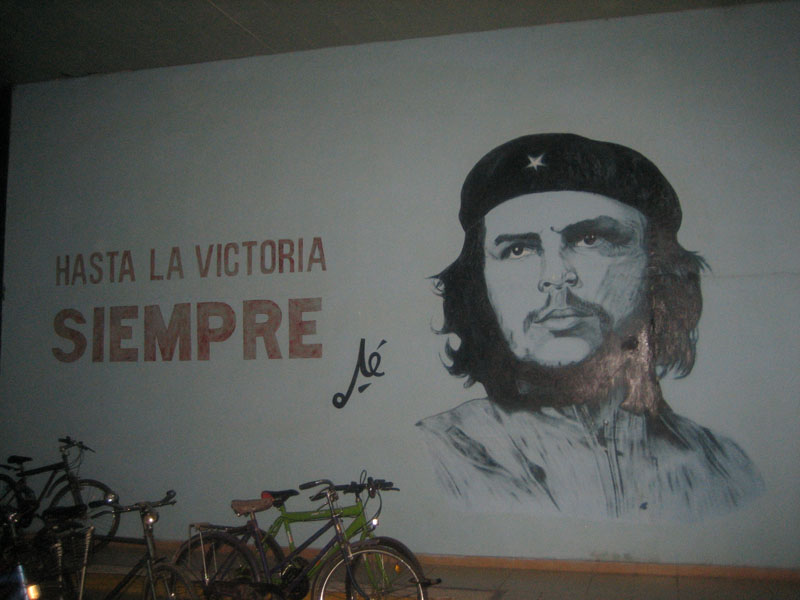 Love him or hate him, you’ll get used to seeing Che’s face all over Cuba

When we think of Cuba, an image that undoubtedly springs to mind is the iconic black and white photograph of Che Guevara. In it we see a defiant, handsome, and brave-looking young man who many idolise and adore as a man of the people; a leader and martyr of the Cuban revolution struggling against the evils of capitalism. The image of Che may well represent these notions, but unfortunately the man behind it doesn’t quite live up to the ideals.

Che met Fidel Castro in Mexico and became his sidekick as they headed to Cuba and spent two years in violent guerrilla war to overthrow Batista’s dictatorship and bring communism to the country. Throughout this period and for many years afterwards, hundreds of Cubans were slaughtered for speaking out against the communist regime, or even for being suspected of being against it. Many of these rebel soldiers and ‘counter-revolutionaries’ were murdered by Che himself. He was certainly passionate about his cause, and had some genuine, if not exactly realistic visions. However he didn’t see anything wrong with the deaths of thousands of people if it meant the advancement of the communist regime.

Just before Che was finally shot to death in Bolivia, he apparently begged for mercy, on the basis that he was worth more alive than he was dead. Not quite the picture of the brave martyr we had hoped for, and it turns out that his old friend Fidel Castro may well have disagreed with his reasoning (maybe due to Che’s noted failures, as economic minister of Cuba, and also in battle). A marketing genius, Castro turned dead Che into an eternal hero of the people, and the fact that he died young and handsome probably contributed to this massively. To this day his image and quotes are found displayed abundantly on walls and billboards around Cuba and every morning at school children pledge that they will try to be more like Che.

It’s no doubt that Che Guevara may well evoke some of the most contrasting opinions of anyone in recent history. Whatever your views are, it may be worth noting that he is still a huge and influential figure in Cuba with many in adoration of him and many more who completely despise him. Cubans may open up to you and reveal their true thoughts, but with many scared of communist informers, they may prefer to stay quiet. If you praise Che as if he is some kind of god, you will no doubt get polite nods but you will probably be looked at as just another ignorant gringo who hasn’t a clue about Cuba’s past. However criticise him and you may find yourself in trouble. One thing’s for sure, he still looks pretty good on a t-shirt.

6 responses to “Che Guevara – A little about the Cuban hero”